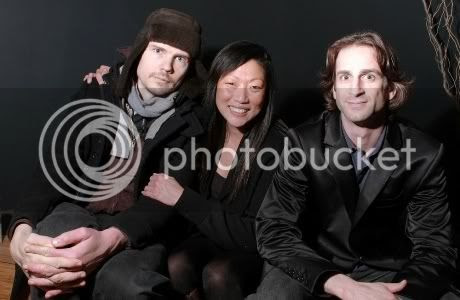 
Look who was trying to be all low key over the weekend at Lumen.

Smashing Pumpkins' frontman Billy Corgan, with droopy hat pulled down to conceal his famous dome, made a rare club appearance with friends (including Miae Liam of Japonais) in the VIP section and drank only water, according to spies:

"He was trying to keep his presence concealed by keeping his hat on the entire night, but fans still recognized him. He was friendly with them, chatted with fans about his music and agreed to take photos."

What a nice guy that Billy is!
Served deliciously by 312 Dining Diva at 1:40 PM