The Oscars are here! 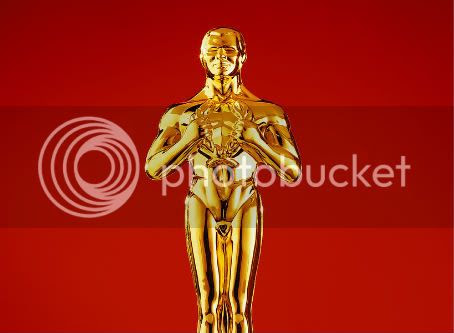 You know you cannot wait to make your cattiest remarks as celebrities make their way down the Red Carpet right before the Academy Awards, happening Sunday, Feb. 22. But what good is it if you're watching them alone?!

Head out to one of these parties and get in the spirit with movie-themed cocktails, large screens and the chance to hang with some of the most glamorous people in town:

Upscale sports lounge Bull & Bear jumps into the mix with a party that includes a prize for the "best-dressed couple." 7pm-2am. No cover.

Movie critic Richard Roeper skips Tinseltown for this Chi-Town shindig happening at Hub 51. The party should bring out some interesting media personalities, plus there's an open bar, contests and lavish buffets. A portion of the proceeds go to Columbia College Chicago's Film Scholarship Fund. Doors open at 6pm. $125.

For a pre-Oscar party, make your way to May Street Market for the event supporting ACCESS Christian Academy for Children with Disabilities. Mingle while munching on light appetizers by executive chef Alex Chesnick. 5-8pm. $60 in advance; $75 at door.

We're loving the flick-focused goodies over at Rendez-Vous Bar & Lounge in the Conrad Hilton, which will also have screens tuned into the action. Indulge in the decadent Godiva’s Milk and Golden Gate Cookies, a tribute to "Milk" with Godiva white chocolate liqueur, vanilla vodka and cream (and golden gate cookies!); Button Cakes ("Curious Case of Benjamin Button"); and The Millionaire Mojito ("SlumDog Millionaire"), which adds bubbly to the tasty Latin libation.

And they're rolling out the Red Carpet for yet another benefit at the brand-new Tapas Valencia in the South Loop. Hosted by the Juvenile Diabetes Research Foundation’s Associate Board, the "Dark Night"-themed party includes passed tapas, specialty cocktails and a silent auction. Of course, you'll be able to catch the awards show on several televisions. Doors open at 5:30pm. $50 in advance; $55 at door.
Served deliciously by 312 Dining Diva at 8:13 AM