Secret's Out: Kith and Kin to Open in Lincoln Park 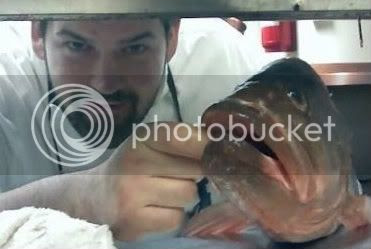 
Lincoln Park Mexican joint La Canasta quietly closed a few weeks ago and in its place will be Kith and Kin, helmed by David Carrier, a chef who's worked at The French Laundry, Trio and most recently his own spot, Avenue Sea Restaurant in Apalachicola, Fla.

As exclusively reported by 312DD, Carrier's restaurant plans to open the first week in December, but it's looking more like the second, according to the chef.

They've been working on getting the space ready for about four weeks under the radar, transforming it from a vibrant Latin setting to a more downscaled, neighborhood spot. Carrier says the name Kith and Kin, which means friends and family, is based off a famous line from National Lampoon’s Christmas Vacation ("The most enduring traditions of the season are best enjoyed in the warm embrace of kith and kin. Thith tree is a thymbol of the the thspirit of the Griswold family Chrithmath.")

Carrier says the menu will aptly complement the dining room, adding that it'll be "simple country food, no pretension, laid back and relatively inexpensive price points. Everything’s from scratch and we’ll shop locally when we can."

In the kitchen, he's assembled a merry crew of cooks, including Derek Crumpton, Matt Lair and Sam “Shotgun” Engleheart from his old Florida restaurant, plus former Pops for Champagne chef Andrew Brochu, who will lead the staff.

Carrier's also in talks with a number of local mixologists for consultation projects, but thus far the program is eight to nine beers on tap, 15 or so by bottle, and a number of affordable wines.
Served deliciously by 312 Dining Diva at 12:00 AM

it certainly is! who is this "shotgun" character?