Chaise Lounge Transforms into The Southern 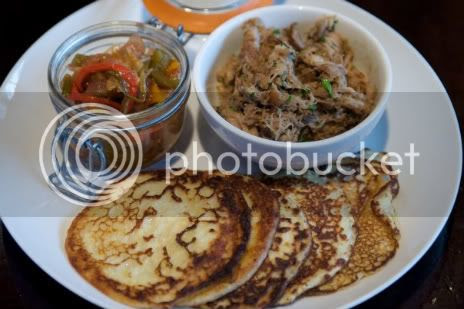 Johnny Cakes are just one of the Southern-inspired items on the menu at The Southern, formerly Chaise Lounge. (Photo: The Southern)


Just randomly out of nowhere this afternoon, a missive dropped in my email box that Chaise Lounge would be no longer.

Executive Chef Cary Taylor, who transformed the South Beach-inspired Bucktown spot into a dining destination when he took over in 2008, has been slowly transitioning the menu from contemporary American to more Southern-focused fare, so this actually doesn't come as a surprise.

At The Southern, he plans to explore even deeper Southern cuisine as well as offer an expansive selection of small-batch bourbons, microbrews and hearty whiskeys. Look for dishes like Beignets; Southern Poutine with tasso, fries and curds; Johnny Cakes and something they're calling a Southern Insanity concept (see the entire menu here).

When I first posted the news on Twitter, there was an immediate backlash from Chaise fans, including one patron who wrote that he just went over the weekend:

"Chef Cary Taylor came out to talk a couple of times and we had a great meal. 'Cuban Croque Madame' with Jamon Serrano and Pulled Turkey, Fried Egg, Toasted Brioche, Pepperjack Mornay Sauce. We were also the very first people to try his Beignets. Everything was great. I hope the name change doesn't mean he's leaving the restaurant."

Thankfully Taylor's not going anywhere, but we'll see where this new concept goes when it opens on Feb. 5 . . .
Served deliciously by 312 Dining Diva at 12:43 PM