Here's Your WTF Wine Story of the Week! 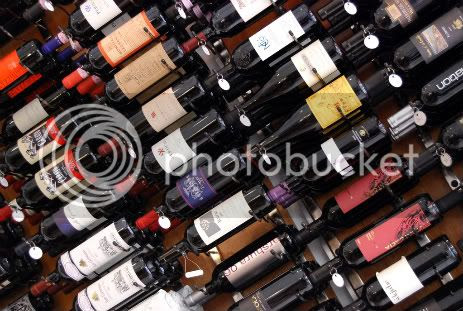 Soooooo, a guy and his friends hit up one of Chicago's most established steakhouses for a meal over the weekend.

They eat and drink like kings and queens, ordering seafood and steaks and wine to celebrate life. Bill comes, and while they knew it would be expensive, they had no idea one bottle alone would cost $6,000!

The guy pays up (thank God his credit card covered it!), but he's in complete shock because if the one bottle of vino was $6,000, could you imagine how much the entire bill was?!

How in the hell could this have happened?! Did he not see the bottle's price on the menu? Did the server, before she/he opened the bottle, remind him how much it cost? What in the world would've happened had he not been able to cover the cost of the meal (the man in question was also 72 years old and retired)? What was the tip and tax? And is this a typical occurrence on high-ticket items at restaurants?

312DD caught up with Arturo Gomez, managing partner of popular hot spots Rockit Bar & Grill, Sunda and Underground, to find out how his establishments would have avoided this rather embarrassing and sticky situation:

"Typically at a bar or nightclub when someone's doing large purchases like that you take their credit card and you pre-authorize just to make sure that it will go through," says Gomez.

"That's more of club culture, not at a restaurant. When you sit down, before you get anything, they ask for your credit card and ID. It's required that the server lets them know the price because we've actually had this type of situation occur before." He adds that at all three of his establishments, prices are listed clearly on all menus to avoid confusion.

Even though credit cards are not pre-authorized at most restaurants, including Sunda, Gomez says servers are required to repeat orders to customers, particularly on large-ticket items. At Sunda, he says, the most expensive bottle of wine is about $1,000.

"We'd repeat clearly to the customer to make sure they were aware of what they ordered. We'd show them the vintage and everything before opening the bottle," he says.

"You really have to double check to make sure nothing embarrassing happens."

I soooo want to call this restaurant's name out, but I promised that for right now, I'd keep its name on the hush . . .

UPDATE: We found out more about the wine the diner purchased here.
Served deliciously by 312 Dining Diva at 3:49 PM

You make it sound as if the establishment deliberately deceived the guest. Presumably, the server presented the wine to the guest before it was served. If the wrong bottle was brought to the table, then the the guest should have noticed it and made the correction himself. Why would a guest have "no idea" what the price of the bottle is? I'm certain the list has all prices printed next to the item. Further, it's inappropriate for a server to "remind" any guest of the cost of any item on the wine list or menu.

Cru: The guest definitely didn't know how much that bottle was going to be. He's in complete shock right now and is freaking out about the situation. And no, he wasn't drunk.

I understand what you're saying, but what would've happened if he didn't have the money?!

He deliberately choose a top steakhouse and decided to "eat and drink like kings and queens", but didn't consider that what he ordered might be expensive? He has no one to blame but himself.

A top steakhouse is expected to also have top wines to pair with their steaks. $6000 is well within range, probably not even their most expensive wine. If I were the man in his situation, I'd be embarrassed, but I wouldn't blame the restaurant for being higher-end than I foolishly thought. I'd tell myself that this was a good lesson and I shouldn't pretend to be rich, ordering as if price didn't matter when it clearly does.

It would be insulting for a top steakhouse to confirm the price. It's standard practice to confirm the name and show the bottle before opening, that's the last chance for the customer to realize his mistake. But you don't want to embarrass anyone by asking if he can really afford it or not, that comes off as very snotty and elitist. Plus if that person happens to be a minority, well you can expect a large lawsuit or very bad PR. Either way, the entire restaurant is screwed and out of business.

The moral of the story is that if you're going to act like you're rich and start ordering at a high-end restaurant without looking at prices, then you'd better be rich enough to pay once the bill comes.

How could he not know?
- Someone else ordered?
- They don't list the prices?
- They gave him the wrong wine?

Weird in any case.

there is not nearly enough information in this story for any reader to have an informed decision. it is still unclear how the error was made. did the diner order something else and the server screwed up, then the diner did not notice when they brought the wrong bottle? how was the "mistake" made?