The Exchange Gets An Opening Date 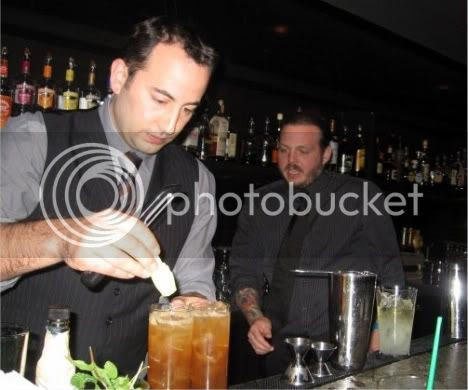 
The Exchange, an updated cocktail lounge in the former Lava Lounge space on Milwaukee Avenue, finally has an opening date.

Look for it to debut officially Feb. 11, but there's a "friends and family" night Saturday, and next week they expect to quietly open.

Say goodbye to the hip-hop and dub nights, and hello to a bar taking its mixology program serious.

We've got even more news from the owners of The Exchange, who are also behind the SmallBar gastropub concept in Wicker Park and Logan Square.

Owner Phil McFarland tells 312DD that the third location is totally ready to open in Lincoln Park, but they're having licensing issues with City Hall. Sheesh.

Old-schoolers will remember this venue as one of the pool halls where famed director Martin Scorsese filmed The Color of Money starring Paul Newman and Tom Cruise.

St Paul’s Billiards was a gritty piece of work, so it'll be interesting to see just how much it's changed since the SmallBar guys took over.
Served deliciously by 312 Dining Diva at 9:25 PM