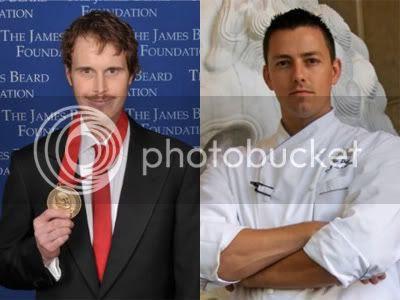 
Avenues at the Peninsula Chef de Cuisine Curtis Duffy is having one hell of a week.

And, as he was preparing for those festivities, word came down that he got some major props from one of the most famous chefs in the world.

Alinea's Grant Achatz, who Duffy worked with at Trio several years ago, tapped him to be a part of the James Beard Foundation Awards ceremony taking place on May 3 in New York City.

Each year, a past winner nominates a new chef to cook for the event, and Duffy was lucky enough to get the nod.

"It will be such a memorable experience," said Duffy, who was still in shock from the news.

He's not sure what he's making yet, of course, but he knows it's going to have to be amazing to impress the country's most important people in the dining industry.