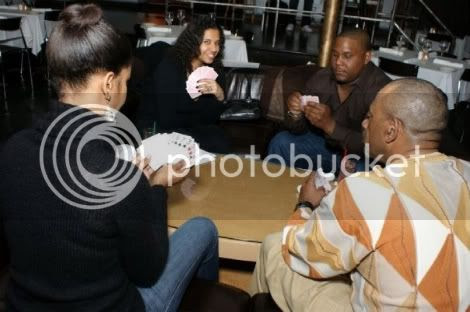 
A three-alarm fire destroyed a commercial building in Bronzeville early Thursday morning that was home to a number of thriving hot spots, including Blu 47, Spoken Word Cafe and a fifth Uncle Joe's Jerk Chicken location—which was set to open any day now.

This really sucks because it's a known fact that there's always been a lack of cool South Side places for young professionals to hang, so we're crossing our fingers that they're able to rebuild quickly.

We couldn't reach any of the business owners, but Blu 47 posted a message on its Facebook page, "Please keep our Blu 47 family in your prayers," which generated more than 50 messages from well-wishers.

We did catch up with Art Sims, a Bronzeville resident and regular contributor to "You and Me This Morning with Jeanne Sparrow," which airs weekdays on WCIU-TV. He's also known for putting on lively events at a few of the venues that were damaged. 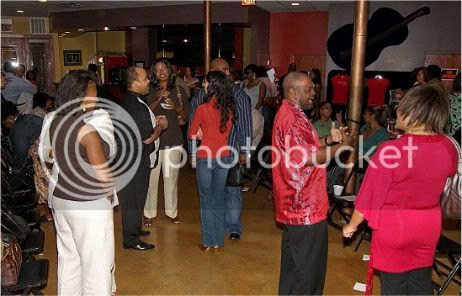 
He says that the loss of these businesses is a blow to the neighborhood.

"It's a tremendous loss because we lack upscale places in our community, and that corner was the place to go," he says. "It offered everything: comedy, poetry, upscale dining. For many years, it was the home of my Original Real Deal Relationship Chat.

"I just hope they're all able to rebuild as soon as possible."

As a frequent diner in Bronzeville as well as nearby Hyde Park, Sims offers some other places to eat in the area:

The Big Easy: "'Hell's Kitchen' alum Chef Jen is bringing something good to the Hyde Park community with her take on Louisiana cuisine, but they still have some kinks they need to work out."

Cedars Mediterranean: "So fresh, and I love their chicken schwarma and hummus. They're located in Kimbark Plaza, so it's easy to park."

Chant: "It's really nice, Pan-Asian-inspired food. They do lobster rangoon and tempura vegetables, and are vegetarian friendly."

Chicago’s Home of Chicken and Waffles: "It's a warm, relaxing spot where you can veg out after their famous chicken and waffles. It's extremely packed on weekends."

The Sit Down: "A sushi bistro that's really good. In addition to sushi they also have Italian fare and sandwiches."

Hyde Park location for Uncle Joe's Jerk Chicken: "The jerk chicken is very good, and the fish is always fresh."
Served deliciously by 312 Dining Diva at 11:22 AM

(thanks)
how have i missed the big easy.. ??? it's blocks from my house.
cedars is awesome... their wings sound strange but are super delish!
for asian... any of the spots on 55th are a better value (BYOB)

Hey, I actually thought about them, but remember it was Art Sims' recs, not mine. ;)