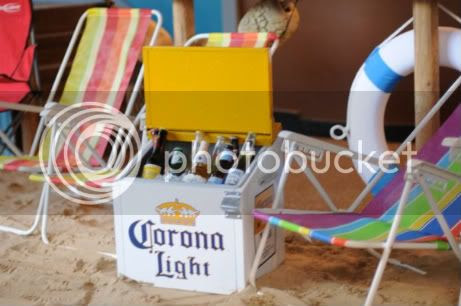 The interior of Uncle Fatty's in Lakeview will make you feel as though you're on a beach in Mexico. (Photo: Uncle Fatty's)

Think about anywhere warmer than this cold-ass weather that's got me contemplating wearing three layers of coats this weekend.

It seems to have just snuck up on us, so if you cannot get away, there's no harm in pretending like you're somewhere with more tropic-like temperatures.

Uncle Fatty’s Rum Resort in Lakeview, for example, gets it right when it comes to a warm-weather theme.

Island-style cocktails, beach-y decor (including private cabanas and sandbox) and a rotating list of high-energy, local cover bands are certain to make you feel like you're on vacation.

We wouldn't recommend showing up in a Hawaiian shirt and shorts though.

More spots to warm your body, your mind and your soul:

Deejays spin classic reggae, dub and hip-hop at new Jamaican joint Mr. Brown’s Lounge, in Ukrainian Village. You'll get jerk chicken, oxtails, beef patties and curry goat that tastes like it came right out of Kingston, but you'll also get a little bit of American flair in the dining room that's casual, but clubby.

The guys behind Tango Sur have a hit on their hands with another Argentinean-themed resto in Folklore. The menu is similar, with well-marinated cuts of meats and poultry, but what sets it apart from the original is that it has a full-service bar. Deejay Shon Dervis spins slinky, exotic beats on some nights. 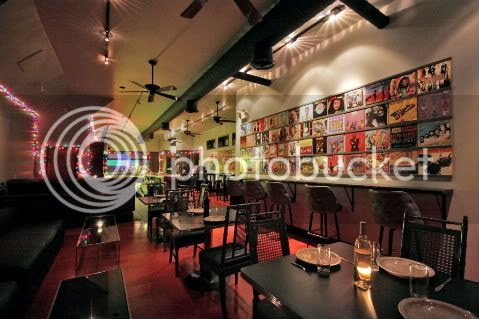 For a kitschy, Hawaiian theme, it's time to get busy at Trader Vic’s, which serves up traditional pu-pu platters, Mai Tais and more. We love this spot for after-work shenanigans, because after a few of these strong-ass cocktails you'll be up for almost anything.

Pick your favorite vino (preferably at next door Lush), and head to Habana Libre for heaving plates of Cuban food. Their signature Arroz con Pollo can easily feed a family of four, but make sure you call at least 45 minutes in advance to put in your order.

Nightlife-inspired Chicago Fashion Brunch hosts its second event at Tocco with a Capri theme. Akira owner Jon Cotay has teamed up with local fashion insiders to transport diners to the exotic coast of Italy. DJ Madrid spins sexy sounds as guests indulge in Italian wine flights, a Bellini bar and delicious brunch items. Of course there will be a fashion show! 11am-4pm. Reservations required at RSVP.fashionbrunch@gmail.com.

More Cuban's in the mix at Cafe Laguardia, which has been at its Bucktown location for almost 40 years. Go for the paella, Cuban sandwiches bursting with thick slices of ham, and shredded beef over mounds of fluffy rice. Most nights feature Latin bands.

And Coobah serves up a Latin-inspired brunch with offerings like breakfast empanadas (filled with egg, sausage and aged Manchego cheese), blue corn buttermilk pancakes (dripping with Mexican canela-cinnamon butter and dark Ancho rum maple syrup) and a three-egg breakfast burrito. Also, go crazy with pitchers of sangria that's made from a secret Dominican Republic recipe. 10am-3pm.
Served deliciously by 312 Dining Diva at 7:49 AM