They Took Down 'Big Mel!' 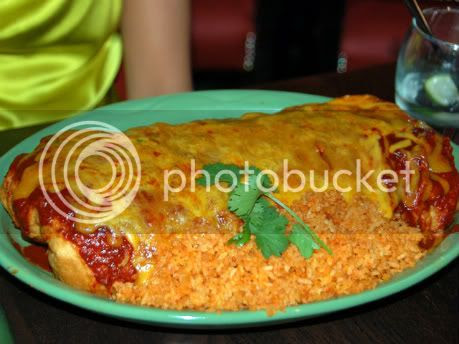 Named after a local Chicago eating legend, it's an 18 inch, cheesy chimichanga loaded with sour cream and red or green sauce, and weighs in at nearly 3.5 pounds. It's served with a side of Mexican rice and beans. For those who manage to take it down in 20 minutes or less get it for free and their name on the wall of fame. 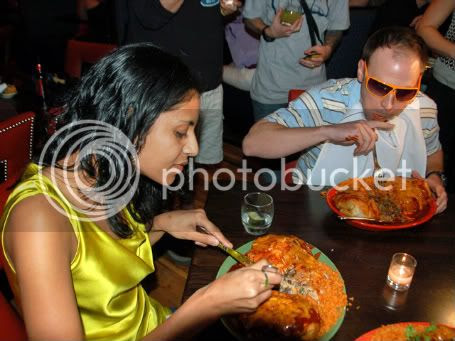 The crowd at Dos Diablos looks on as two brave diners attempt to take down the "Big Mel" chimichanga.


Our friends at NBCChicago.com decided to issue a challenge to "Cinco de Mayo" revelers Wednesday to see who'd be brave enough to take it down. You can see the wacky video here, but one contestant managed to wolf it almost down in six minutes. He won $50 for the effort.

My question for them all: How do you feel today?!
Served deliciously by 312 Dining Diva at 11:23 AM

GROOOOOOSS!! No wonder we couldn't get in to eat here...stupid contest to see who can clog their arteries the fastest!haha ;)