Secret's Out: The Best 'Hidden' Dishes 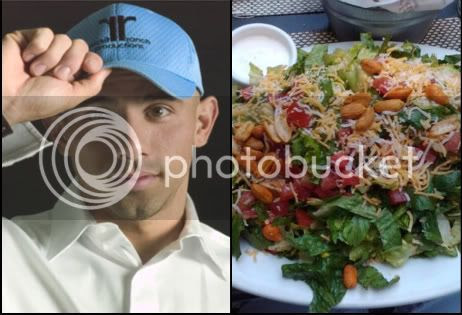 We're not surprised one bit that Rockit owner Billy Dec has a "secret" dish named in his honor at the River North resto. (Photos: Rockit Ranch Productions)


Admit it, you love it when you know something the table next to you doesn't.

You're so (*&^%$#@#$%*!* cool because you know that sometimes the best items at the restaurant are the ones not on the menu.

Take, for example, Steak & Eggs On Acid, Blue 13's tasty signature dish that's gained chef Chris Curren legions of fans. Made with sliced beef tenderloin and quail egg with spicy wasabi sauce and potato-onion pierogi, the dish is no longer on the menu, but diners in-the-know can order it through the end of the month.

It's the first "hidden track" dish as part of Blue 13's new monthly Off The Record series. The rotating plates are nicknamed hidden tracks to align with the restaurant's musical obsession, thus treating the off-menu dinner dishes as off-the-record tracks on an album.

Each month will feature one of the chef's bygone menu favorites, giving guests an "encore" opportunity to taste some of the restaurant's past hits. Gosh, I hope the Lobster Mac 'n' Cheese is up next . . .

Even more "secret" menu items to whet your appetite:

Berry Chill: Use a "secret phrase" at one of the city's fave froyo joints in order to get special toppings for free. Say "Make it sweet," and they'll add honey to your yogurt. Utter "Make it spicy" for cinnamon. And whisper "Make it Choco," and they'll top you off with Hershey's chocolate syrup. 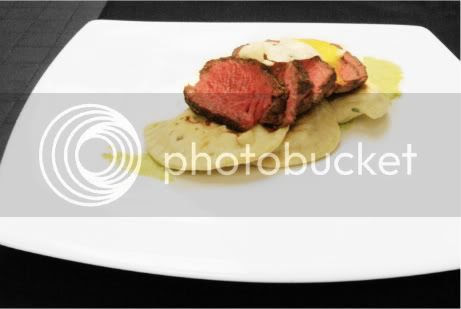 
De Cero: Head to this highly popular West Loop Latin eatery for a great deal on brunch. But you must hit up Foodie The App in advance to get a gratis serving of Horchata French Toast when you order two brunch items.

La Scarola: You'll find the classic Southern Italian dish Eggplant Parmigiana ($14.95) on the menu, but if you're in need of a little meat, they will hook you up. For a few extra dollars, order the breaded veal scallopini, which they'll layer with cheese and tomato sauce, then bake for a meal you'll nosh on for days.

M Burger: You've got four items to choose from, if you ask nicely, at the second location of Lettuce Entertain You's burger bar. Order the Hurt Burger (barbecue sauce, pepper jack cheese), and get the sauce in "first degree" (barbecue sauce), "second degree" (barbecue sauce and a layer of jalapeños) or "third degree" (extra barbecue, fresh green chiles). Then, there's the Dr. Betty, which is essentially the vegetarian Nurse Betty with a beef patty. What's certain to be a popular item this fall is the grilled cheese that's simply cheddar on white bread. And we got a sneak preview of the newest burger created by LEYE head honcho Rich Melman. Order the secret-recipe chipotle sauce slathered on the M Burger for a tempting, tangy flavor. Prices range $2-$5. 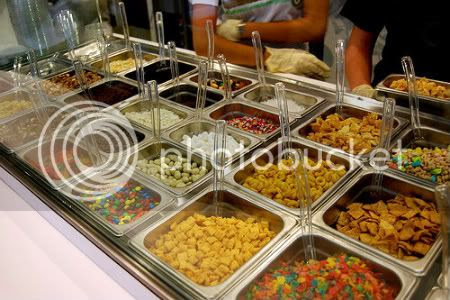 
Mercadito: Another Foodie The App find is for the family-style Mexican brunch, which occurs Saturday and Sunday. For $15 each, choose three plates to share (ex: chilaqulies; huevos rancheros). Add a cocktail for an additional $3.

Topo Gigio: And if you live in Old Town and frequent this iconic Italian haunt, you should know about a very special pasta entree—served only on Saturdays. The black linguine is infused with squid ink for color and comes with shrimp, scallops and smoked salmon. $19.95.
Served deliciously by 312 Dining Diva at 6:00 AM