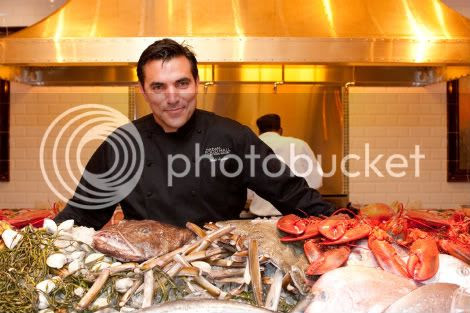 
Boston-based celebrity chef Todd English is the next big name to mark his territory on Chicago's exciting dining scene.

He told 312DD exclusively Tuesday that he's opening an outpost of New York's The Plaza Food Hall in the Gold Coast in summer 2011.

"I love Chicago," English said. "I was once offered a job by Rich Melman (of Lettuce Entertain You Enterprises) more than 20 years ago here, but it wasn't the right time."

The timing may not have been right then, but English feels that Chicago's now ready to handle what's likely his biggest project to date. This Food Hall will mirror the New York property, a stylish, European-inspired specialty food emporium filled with a wine bar, demo kitchen, grill, market, sushi bar, bakery, pizzeria, cheese and charcuterie, dumpling bar and more. 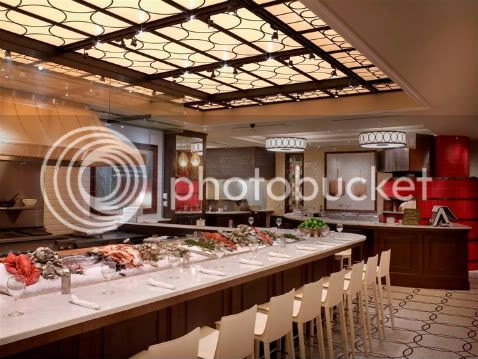 Todd English tells us that the Chicago outpost will mirror The Plaza Food Hall in New York.


While NYC offers a 5,400-square-foot, 80-seat space, Chicago's will boast 10,000 square feet on the lower level of one of the Gold Coast's luxury hotels (312DD knows the location, but cannot tell right now!).

English was in town Tuesday presumably to sign the lease for the space. He wouldn't confirm, however, we have a good feeling the deed is done.

While in Chicago, he hit up the VIP opening party for The Florentine at the JW Marriott with good friend and culinary colleague Kevin Hickey (Seasons Restaurant).

Immediately after, they headed to Big Star (He insisted on calling it Blue Star!) to meet up with Perennial chef Ryan Poli and others for tacos and more rounds of whiskey than we can count . . .
Served deliciously by 312 Dining Diva at 12:00 AM

Very interesting development. I have a guess for the location. Does the hotel have an East coast connection as well? And what do they plan to do with all that extra space?

Yes, the hotel most definitely has an East Coast location. That's all I can say for now. ;)

Can you reveal the location now? I have googled everything and have yet to hear anything! Dying to know!

Went to the one in the plaza and was looking for a Chicago version. I can't find anything further about this, so presume it fell through. Is there any place like it in Chicago?

Yeah, all the principals are all working on other projects now. :(