Another Chef Out At L2O; Bite's Renovation 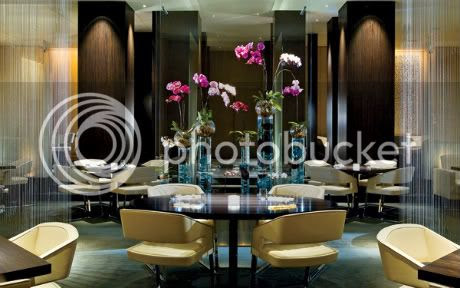 L20 has been working hard to get its groove back since chef Laurent Gras left in early November.

His replacement, Francis Brennan (who opened the restaurant as sous chef, left, then came back in October), is hoping to take the seafood-focused spot to the next level. But it looks like Brennan will have a few challenges as his right-hand guy, Nathan Huntington, resigned this week, according to an Ultimate Insider.

His only message in a text message: "I am no longer with L2O."

No word on where Huntington will go next.

And speaking of sous chefs, Jared Wentworth's second in command at the award-winning Longman & Eagle is working on a pretty cool project certain to push him into the spotlight in 2011.

I mentioned last week that Ukrainian Village's popular Bite Cafe—which is also owned by the Longman & Eagle team—was closing in January for a quickie renovation.

Chef Rodney Stanton will be overseeing the menu, but no word yet on what to expect.

UPDATE: One of L2O's kitchen guys writes in: "A few things: First, Brennan opened L20 as chef du cuisine (give the guy his cred!) Huntington was hardly his 'right hand.' Nathan's leaving was in the works long before Brennan's return. He's off to NYC to work for BLT Group.

"I correct only because you make it sound like the place is a sinking ship and the people who work there now love it and would hate to have anything happen, now that it's on an up swing and I think fine dining still has place in Chicago and L20 is beautiful and worth something!"
Served deliciously by 312 Dining Diva at 8:08 PM