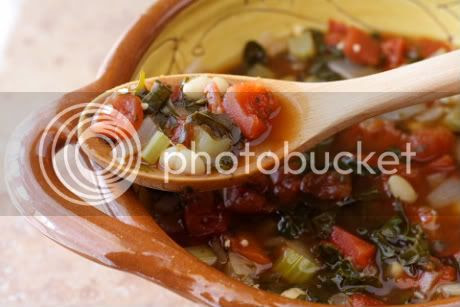 I'm hoping the guys behind Imagine Festivals will be able to pull off the first-ever Chowdah Fest Chicago happening at the Columbia Yacht Club later this month.

The event culminates National Soup Month by showcasing some of Chicago's best chefs as they compete to determine who makes the best chowder. Thus far, Bassim Zafar (Drake Hotel), Jonathan Lane (Benny's Chop House) and Giuseppe Tentori (Boka, GT Fish & Oyster) have been confirmed, but in order to keep on top of who else is participating, follow the organizers here.

Attendees get to sample and vote on the best chowders, plus a nice selection of bisques will be available. The event happens 6:30-9pm Jan. 31 and the $35 tickets benefit the Sea Scouts youth sailing program. You can get them here.

More soup for you to celebrate National Soup Month:

The Drawing Room: Executive Chef Nick Lacasse has put his own spin of French onion soup on the menu that'll make you look at French onion soup differently forever. It's thick and rich and made with a bold oxtail broth.

Harvest Restaurant: If you love cheese and beer, you're certain to love them together in the Marriott's signature cheddar & beer soup made with house-made bacon, shredded cheddar from Grassfields Farm, chicken stock and of course beer.

Mon Ami Gabi: And if you cannot make up your mind, order a flight of three soups until the end of the month. You'll get onion soup au gratin topped with bubbling gruyere cheese, as well as roasted sweet potato soup and vegetable root soup. Surprisingly the flight's only $5.95. It's also available at the Oakbrook location.
Served deliciously by 312 Dining Diva at 1:00 PM