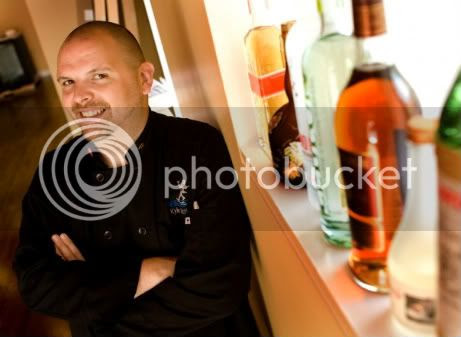 The guy who's known as the Boozehound around town is taking his grind to Andersonville.

Kyle McHugh, who shuttered the upscale River North spirits shop Drinks on Dearborn at the end of 2010, has been named beverage director at Lady Gregory's.

Named in honor of Irish dramatist and folklorist Isabella Augusta Persse, the dining and drinking establishment will pay homage with its food as well as what McHugh is calling a "world-class" whiskey program.

According to the release: "Irish and Scotch whiskeys will play predominant roles, with a strong supporting cast of American, Canadian, Japanese and other exotic whiskeys as well."

Additionally, spirits fans should look forward to sampling pours, whiskey flights, tasting events, and "proper service" techniques that will "be integral parts of the program," according to McHugh.

As far as the chef, McHugh tells 312DD exclusively: "Per my last meeting with Martin, the owner, they have extended an offer to a new, young chef who they hope will bring their food up to a new level as well.

"He's well traveled through Europe, and Martin told me he 'has the same passion when he talks about food that you do when you talk about drinks; that's what we were looking for.'"

Lady G., which is owned by the family behind Wilde and Beckett's, is set to open April 4.
Served deliciously by 312 Dining Diva at 1:26 PM