One Big Year For Benjamin Schiller 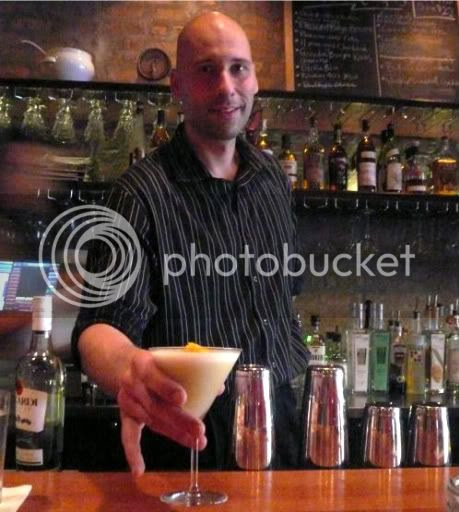 As head mixologist for Boka Restaurant Group (Boka, Girl & The Goat, GT Fish & Oyster, Landmark, Perennial), Ben Schiller is one of the hardest-working guys in Chicago's ever-growing spirits scene. That's why it came as a bit of a shock when we found out he was taking on yet another major project.

The multitasking, multi-talented bar star also consults over at the just-opened River North lounge, Hubbard Inn, owned by the team from English and LaSalle Power Co.

With Schiller's input, they're hoping to add a bit of Euro flash to an area overflowing with frat-boy bars and tourist traps. For Hubbard Inn's debut menu, he's put a delicious spin on the classics (Rested Julep, Hubbard Sling, River North Smash) as well as included a variety of potent punches you can order by size. We're very much looking forward to indulging in the Centre Court Punch, made with Martin Miller Westbourne Strength Gin and Pimm's No. 1, with fresh lime, cucumber, orange, strawberries and mint.

He's trained the staff to make all the drinks to his specifications, however, for subsequent seasonal menus, look for Hubbard Inn's bartenders to collaborate with him on creations.

Schiller's other big project, GT Fish & Oyster, is set to open now at the end of March. He tells 312DD that the cocktail menu is intentionally short because they "wanted fast and fresh cocktails that obviously pair well with seafood."

They will also feature a number of "special" sippers that won't appear on the menu. Here's what to expect when it opens:

He really is very busy--and talented too!