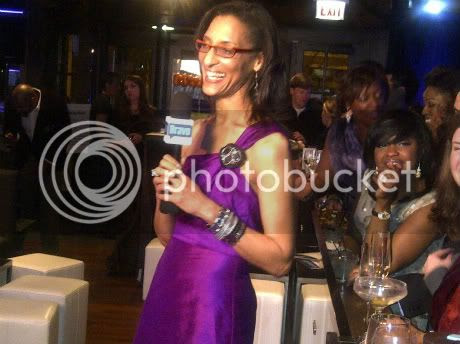 If you're a Bravo fan, the place to be Wednesday was one of the hot-ticket Top Chef finale parties happening in Chicago, Los Angeles and New York simultaneously.

The sassy channel known best for the chef-focused competition as well as the Real Housewives franchises had its party at Girl & The Goat—owned by Top Chef Season 4 winner Stephanie Izard. 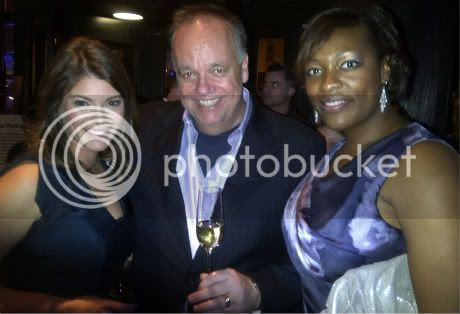 Bravo spared no expense for this party that was a first for the station. They flew in many of its celebrities, including a number of the Top Chef All Stars (Carla Hall, Tiffany Derry, Spike Mendelsohn, Casey Thompson, Tiffani Faison; Dale Levitski is already based in Chicago) the cast of Real Housewives of Atlanta (minus Kim Zolciak, who's not traveling because of pregnancy) and Bethenny Frankel of Bethenny Ever After.

Guests noshed on appetizers created by Izard as well as signature dishes from finalists Mike Isabella and Richard Blais that were also shown in the finale episode. Our favorite dish by far was Blais' raw hamachi paired with fried veal sweetbreads. Wow. No wonder he won! 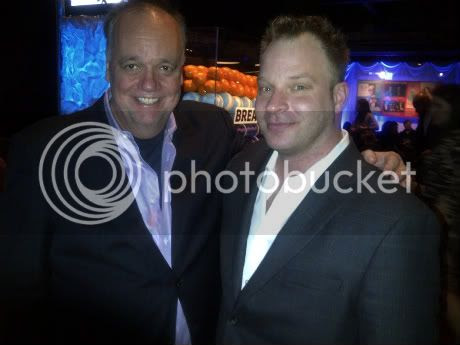 And speaking of Blais' big win, Stephanie Izard, who beat him in season 4, said: "Richard needed to win. He needed to be 'Top Chef.'"

Carla Hall, who competed against him on Top Chef All Stars, said: "I'm really happy for him. Richard is a 'chef's chef.'"

And Tiffany Derry, who also competed against Blais on All Stars, added: "He worked hard and he deserved it!" 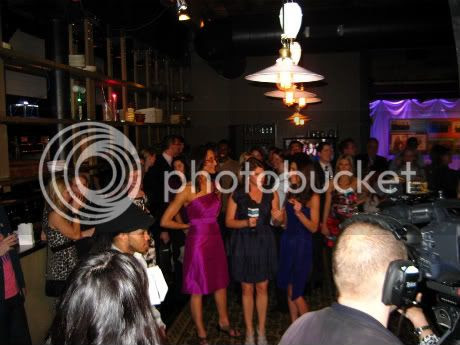 Interestingly enough, and not surprising, Bravo's chef stars were personable, friendly and mingled with their fans, who were delighted to be in the same room with them. The Real Housewives of Atlanta, however, were pretty aloof and kept to themselves. The exception was Sheree Whitfield, who schmoozed everyone who greeted her. 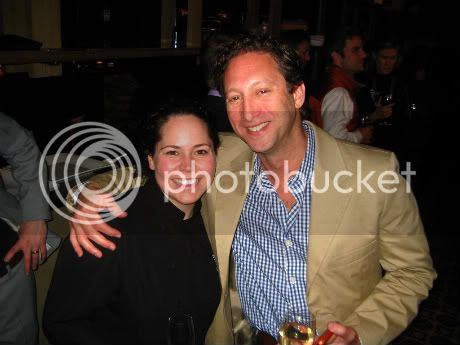 After the party, all the Bravo stars pretty much spread out to various spots in the city for more fun. All of the chefs, including Stephanie Izard, went to Gilt Bar and took over the dining room.

NeNe Leakes and the RHOA gang continued to snub everyone at the weekly Super Fun Party at Jbar. Ironic, huh?!

Sheree Whitfield went back to her hotel room and had pizza delivery from Lou Malnati's.

Izard and co. then ended the night over at Paramount Room.

And finally, Top Chef All Star's only Chicago contestant Dale Levitski tells 312DD that his former competitors Carla Hall and Tiffani Faison are set to dine at his Sprout restaurant Thursday.

See more coverage of the Top Chef All Stars finale party at Eater Chicago.
Served deliciously by 312 Dining Diva at 7:35 AM

So bummed my invite was lost in the mail!! -he he-
sounds like a great time!

Wow, how amazing must it have been to be there. Dying to try Richard's himachi!!!

I love this show really catty and good if you’re looking for drama. It shows how independent women can be and it shows what life is like in the real world with all the drama!