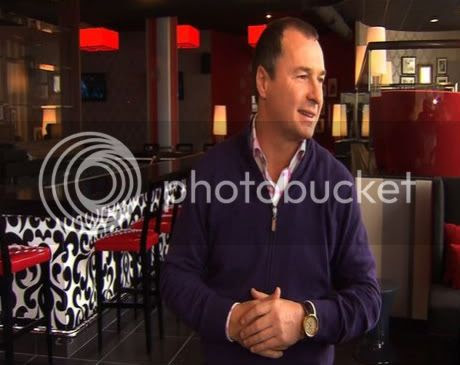 Jerry Kleiner finally spoke Monday in a press release regarding the Crain's Chicago Business story about the closings of Gioco and Red Light:

"We are so grateful to Chicago and all of those who contributed to the success at Gioco and Red Light for 15 years. We had a very positive run at both restaurants for a long time and will keep it up with Gioco."

The release goes on to state that "Gioco, which has remained profitable over the years, has closed for the time being so that owners and investors can assess who will be involved and how details will be worked out going forward. It will reopen as soon as possible with the same name, concept and location."

On Red Light, Kleiner added that "it was a great Pan Asian concept for many years but has run its course and will remain closed." Owners are working with buyers interested in the space.

And finally, he added that his team "is looking forward to new creative concepts that will come to fruition soon."

He's part owner of Carnivale, Chicago Illuminating Company and Il Poggiolo in Hinsdale, but word is that he also wants to expand to the West Coast.
Served deliciously by 312 Dining Diva at 3:55 PM