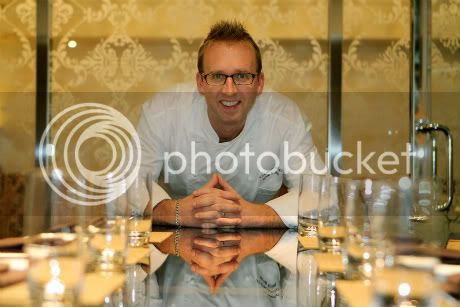 He's worked the line at Naha, served as chef de cuisine at one sixtyblue, and led his own kitchen at Napa Valley's Brannan's Grill, where he delivered approachable, seasonally driven cuisine.

Now Greg Elliott's charged with bringing his version of farm-to-table cooking to Lockwood's kitchen, where he's been since December.

This is something to get excited about! And if you haven't yet dined at Lockwood since Elliott took over, now is the time with the second-annual Chicago Chef Week happening March 20-26.

The weeklong event was launched last year by the Boka Restaurant Group's managing partner Kevin Boehm, who wanted to see a more localized version of the city-sponsored Chicago Restaurant Week. More than 50 of the city's top toques are on board for deals of three-course prix-fixe lunch ($22) and dinner ($33).