May Is Mighty Nice For Munching 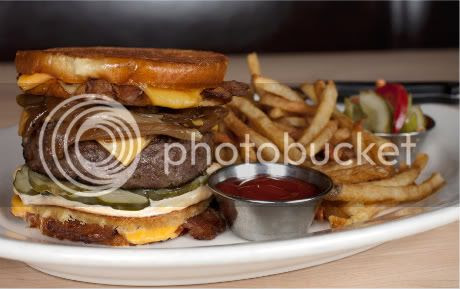 Mity Nice's "Hangover Burger" is available on Sundays only through May. (Photo: Mity Nice)

Look, we're all supposed to be getting it together before skimpy-wear season is here for the next three months, but there are soooo many damn temptations.

Case in point is over at Mity Nice, on the mezzanine of Water Tower Place, which is offering The Hangover Burger every Sunday in May as part of its Burger Month promotion.

You might need to share this one with a friend as it's a plumped up beef patty between two bacon grilled cheese sandwiches. Yes, you heard that right. Add a Bloody Mary and it's $21.

You can score one at lunch or dinner Sundays only in May. 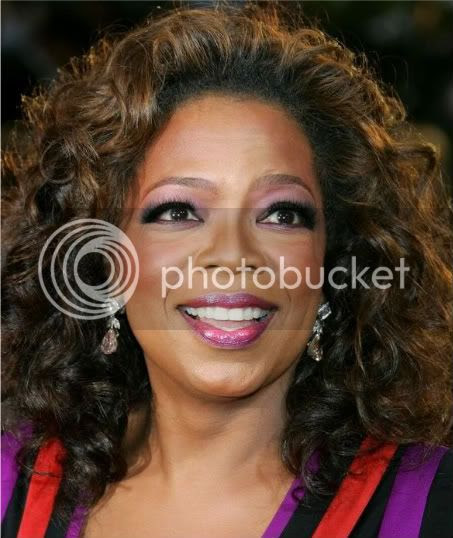 Jack's Bar & Grill is doing a "Don't GOprah" brunch at the end of the month.

A bunch of other goodies are in store for you throughout the month:

Mercadito: Now that the heat is on, this River North gem is upping the ante for the notorious Saturday Disco Brunch. They've opened the garage door façade so you can enjoy the open air as you dine on specialty Mexican dishes. They've also added to the cocktail menu b.n.g.t.m. (big nose goes to mexico), made with Herradura blanco, tequila reposado, dark rum, guava, orgeat, fire or a smokey Pablo made with cien años reposado, mango, chile morita and topped with a blueberry float. There's also "brunch bottles," a deejay and the party goes on until 4pm.

Jack's Bar & Grill: Take a sick day on Wednesday, May 25 because it's Oprah Winfrey's final episode! To celebrate, this Lincoln Park staple's doing a Don't GOprah! Final Episode Farewell Brunch buffet for $12 per person. Her fave dishes will be on the all-you-can-eat spread, plus $7 pomegranate martinis, Bloody Marys and Mimosas. Guests will also get to order sweet potato pie, which is rumored to be her favorite dessert. All televisions will be tuned into the show. 8:30-11:30am May 25.

Old Town Social: Do not, repeat, do NOT wear tight jeans if you plan on attending this new Dixieland Brunch in Old Town. That's because the portions are hearty, even if you're sharing! Executive Chef Jared Van Camp takes his Southern-styled dishes to a sophisticated level, and every menu item is drool-worthy. Particular to note are the Fried Chicken Gumbo, made with housemade andouille sausage, Tasso ham and buttermilk-fried Amish chicken strips; Buttermilk Pecan Praline Pancakes with coffee mascarpone sabayon; and Gulf shrimp & stone ground grits with Tasso gravy. To get you in the spirit, there's a three-piece Dixieland band. 11am-3pm Sundays.

SmallBar Wicker Park: Chicago Craft Beer Week goes down May 19-27, but this popular neighborhood bar is extending it a couple more days for its Half Acre Craft Beer Week Brunch on May 29. It's also a coming out party for their brand-new chef, Justin White, so they're doing it up big by pairing the beer with dishes like mustard-glazed slab bacon, toasted chocolate & banana bread pudding, and a Jersey Breakfast of house-made porkroll, scrambled farm eggs and pea shoots served on a butter bun. 10am-1pm May 29. Dishes are a la carte, with prices ranging $5-$10.

Sunda: And also happening on May 29 is Sunda's new brunch concept of East Meets West. Guests will get to choose from Western-style dishes as well as traditional Southeastern Asian fare. Bloody Mary lovers should appreciate the lavish new Bloody Mary bar, which includes more than 30 garnishes for $7.
Served deliciously by 312 Dining Diva at 12:00 AM