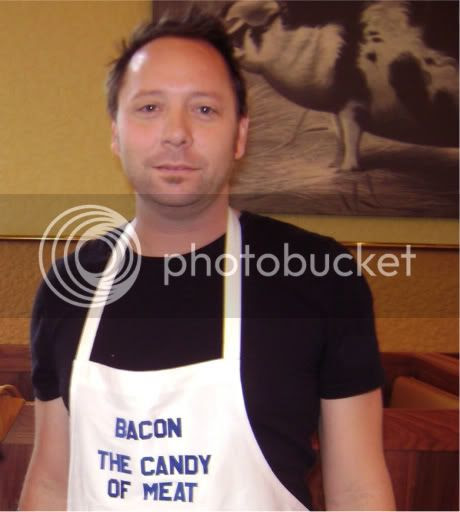 The kickoff of Baconfest Chicago's fall/winter satellite dinners, Negroni carafes at MörSo and Storefront Company's Quinoa Fries are just a few things you'll be drooling over in the coming weeks:

He had me at Chocolate Bacon Lollipops. Oh, and Bacon Hush Puppies with Salted Caramel, too.

Chalkboard's Gilbert Langlois gets the honor of launching Baconfest Chicago's fall/winter satellite dinners with a special event at 6:30pm Nov. 8. The menu sounds supremely divine with all this swine, and also includes Very Simple Bacon and Eggs (quail eggs with roasted bacon), braised pork belly with savory pumpkin bread pudding and bacon peanut butter custard with bacon fat frosting for dessert. It's $55 per person and includes one complimentary cocktail.

Equally fun is what's going on over at MörSo, the new Lincoln Park spot from Matt Maroni. The chef/owner just launched what he's calling the Off The Cuff menu, which is a chef's choice tasting menu that's served family style. It's $32 (which is a deal for this type of thing) and available Tuesday-Thursday. Also on those nights guests may order $22 carafes of classic cocktails like the French 75, Old Fashioned and Negroni (!!!!!!). And on Sundays, brunchers can now get bottomless cocktails for $15. Mixologist Matthew "Choo" Lipsky is doing his version of the Bloody Mary and Mimosa, plus his signature Choo Choo Cable Car.

And the forthcoming Storefront Company—set to open at some point this fall in Wicker Park's Flat Iron Building—has just released its first menu from Bryan Moscatello, who was named a Best New Chef by Food & Wine.

Here's what we're looking forward to checking out: