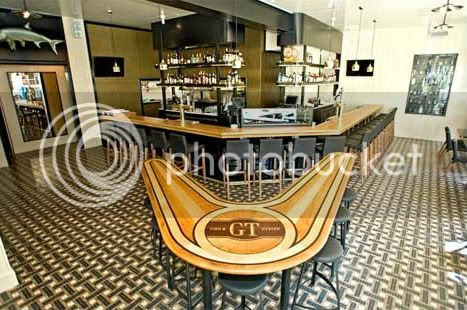 Just about every week, there's some type of chef-focused charity party going on, and while this week's no different, it's the biggest one of all.

Friday's the day for the annual Meals on Wheels' Celebrity Chef Ball—the city's longest event of its kind.

Chefs Stephanie Izard (Girl & The Goat), Chris Pandel (The Bristol) and Paul Virant (Perennial Virant) are the esteemed hosts, and 80 additional chefs are set to serve signature bites at the walk-around tasting (8pm-12:30am; $125 per person).

But one name jumped out at me because this chef is also participating in a couple of additional charitable events you should know about.

GT Fish & Oyster's Giuseppe Tentori is on board for Chicago magazine's first-ever Chicago's Table, which highlights some of the publication's favorite new restaurants.

In addition to GT, Arami, Big Star, Davanti Enoteca, Leopold, Longman & Eagle and Slurping Turtle will create dishes that will be paired with cocktails and craft beers. Tickets are $125, and all proceeds will go toward research and therapies for stroke patients at Northwestern Memorial Hospital. That happens 6-9pm Oct. 21 at the River East Art Center (435 E. Illinois St.).

The event takes place at 5pm Oct. 30, so organizers have gotten the chefs into the Halloween spirit. The toques will dress up as each other and cook each others' style of food. Guests will also have the chance to bid to be sous chefs for the evening. Get those $250 tix right here.
Served deliciously by 312 Dining Diva at 12:07 PM