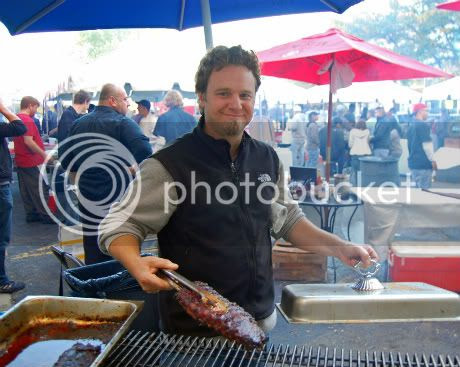 Hundreds of meat lovers braved the chill on Saturday for the fourth-annual Rib-a-Que Smokeout at Moonshine as amateur chefs went up against the pros for bragging rights of who makes the best BBQ.

There were 16 competitors in all, but in the end, SmallBar won the "people's choice" award, while Socca beat all contenders, according to a panel of celebrity media judges. Both winners took home a Gilded Grill and $350 in cash. 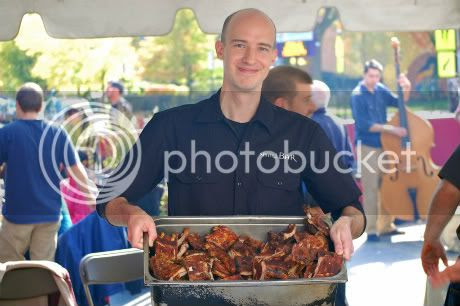 Hmmmmm, I wonder if SmallBar and Socca are selling ribs this weekend . . .
Served deliciously by 312 Dining Diva at 6:00 AM