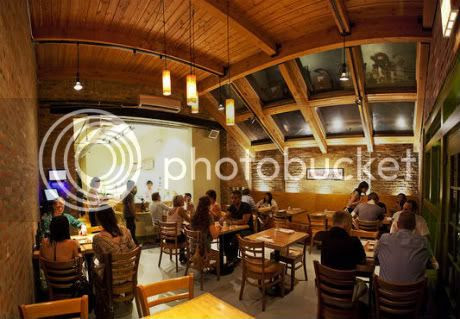 The deadest time of the year for restaurants is in January, so Leopold owner Christy Agee came up with a great idea to generate extra $$$ for the spots in West Town.

She's partnered with West Town Chicago Chamber of Commerce to launch the area's first-ever Dining Around event, which will spotlight chef-driven destinations such as Arami, Branch 27, Ruxbin and West Town Tavern. The restaurant that I'm also hoping will get onboard for this project is long-time Italian favorite, A Tavola, which is owned by chef Dan Bocik. It's been around since 1995.

Of course, Leopold Executive Chef Jeffrey Hedin will participate, creating a special dish that will not be on the regular menu. The same goes for the other restaurants.

The real deal is that diners will get a "passport," which they'll be able to use in the future for special deals.

Dining Around launches Jan. 15 and will run through mid-March.
Served deliciously by 312 Dining Diva at 8:06 AM