Tiki Theme on Its Way Back?! 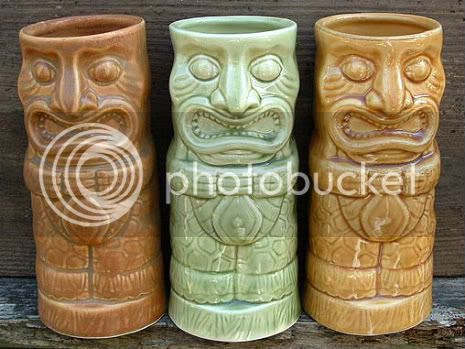 I've been pretty bummed ever since Polynesian-themed Trader Vic's shuttered last year, so I was thrilled to find out from Time Out Chicago that the Melman brood has decided to add a tiki-themed component to their upcoming project.

The spawn of Lettuce Entertain You Entertainment Chairman Rich Melman has teamed up with master mixologist Paul McGee (formerly of The Whistler) to open Country & Western-themed Bub City (a once popular Lettuce spot that was on Weed Street). According to TOC, they'll dedicate the lower level to a massive tiki tavern:

"It will be housed in a 4,000-square-foot space that is being built out below Bub City, but unlike SUB 51 and Studio Paris, the lower/upper-level club components to HUB 51 and Paris Club, the as-yet-unnamed tiki bar will be a completely different concept with its own entrance. Also, SUB and Studio Paris 'are nightclubs,' (partner) RJ Melman says. '(Bub City and the tiki bar) are not nightclubs.'"

The project's slated to open later this summer, but if you need a tiki fix now, man, do I have the party for you:

If you're out on the town Monday, Feb. 13, head to Wicker Park's Salud for a tiki-themed event that's certain to keep you warm on a chilly February night.

The Party Rock Cocktail Crew hosts the biweekly industry party featuring guest bartenders and chefs. This time around, it's hosted by Don Q Rum and they're whipping up comped aphrodisiac-inspired tiki cocktails in honor of Valentine's Day.