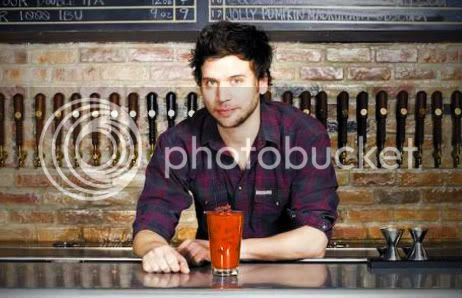 It hasn't even been a year yet since Perennial Virant's been open, but its highly lauded mixologist, Matty Eggleston, is moving on, according to several Ultimate Insiders.

Look for Eggleston to make his move soon over to Tenzing Wine & Spirits in a very high-level position for its spirits operation.

No word yet on who'll take over his gig over at Perennial Virant, but that is certainly going to be one difficult role to fill . . .
Served deliciously by 312 Dining Diva at 9:30 PM