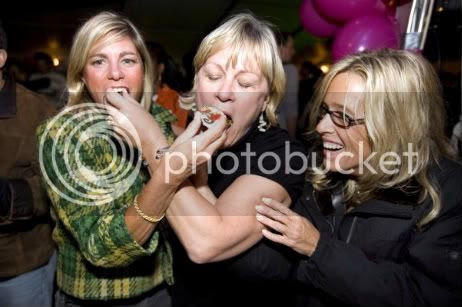 
It's been a wild week, with major losses on Wall Street and at home (Brasserie Ruhlmann, Avenue M), so you're going to need a bit of relief:

Park 52, Jerry Kleiner's new Hyde Park spot, drops its prices and downscales the menu to appeal to those watching their wallets. Highlights include the honey & habanero glazed chicken, smothered pork chop and a 14 oz. handcut New York strip; all under $25.

You'll get yet another $25 deal over at Broadway Cellars in Edgewater. The wine-focused, contemporary American neighborhood fave hooks diners up with three mega courses that change weekly. And for an additional $5, you can complement each course with three 3 oz. wine pairings.

Wanna get down with the fashion crowd?! Your chance is tonight during a live fashion shoot for Italian designer Dismero, hosted by Factio Magazine. Party happens at 4 Art (1932 S. Halsted St.) in Pilsen, and includes fresh sushi and comped cocktails. 6-9pm. Just RSVP here to get in.

The Diva Series has settled nicely in its new home at Madame Tartine, and this week they're hosting a party for Dame Magazine, an online publication focusing on everything from fashion to passion. Get there early to meet the founders and to indulge in comped Kir Royales (7-8pm). Hot new British deejay Veritas spins soul, funk and more. 7pm-2am. No cover.

If you're out and about late night, head to RiNo for the launch of Backstage. It's kicking off with Good Charlotte's Joel Madden, who's actually a pretty talented deejay. 11pm-4am. Space limited; RSVP to bar to insure entry.

It's the 20th anniversary for Meals on Wheels' Chef Celebrity Ball, one of the biggest cuisine scenes of the year. Just about every prominent local chef is involved as well as several high-profile national stars. Come for vittles by more than 50 chefs, including Jimmy Bannos (Heaven on Seven), Michelle Garcia (Bleeding Heart Bakery), Joshua Linton (ajasteak), Mark Mendez (Carnivale), Debbie Gold (The American Restaurant) and others. Come for the seated dinner, which starts at 6pm and is a hit to your wallet at $350, or head here later for the Indulgence Ball, which includes appetizers, cocktails and deejay entertainment. That's $125. Food fest takes place on the seventh floor of Macy's (111 N. State St.). Get tix at 312-744-2120. 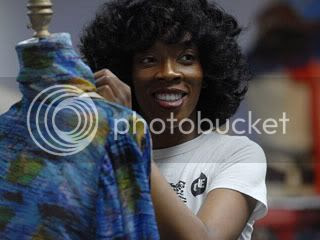 Designer Terri Stevens, a contestant from Bravo's Season 5 "Project Runway," showcases her cutting-edge line at The Silver Room on Saturday.


The infamous Royster With The Oyster happens under The Big White Tent right outside of Shaw's Crab House in River North. As always, the event includes obscene levels of jambalaya and oyster indulgence (including the Oyster Slurping Championships), live entertainment from various blues bands, and lots of socializing. 3-10pm. $10.

Terri Stevens launched her fashion career in Chicago and attended Columbia College, but fans of this season's Bravo's "Project Runway" will recognize her as the feisty femme who's rocked the runway with her cutting-edge looks. Here's your chance to meet the personality at Silver Room (1442 N. Milwaukee Ave.), as she's showcasing her designs during a runway and trunk show event. Food provided by the Denim Cafe, comped drinks by A:M, and music by DJ Kwest_On. 7pm-midnight. No cover, but you must RSVP to email@thesilverroom.com.

And Juicy Wine Co. is always off the deep end with its events, and this one's no exception. Today they're starting The Dirty Bird Bubble Bath. Get your mind out of the gutter. Every Sunday, this new brunch event features Harold's Fried Chicken paired with Orange Crush Waffles. DJ Puff-E spins soul. Also, half off on all glasses of sparkling wine and champagne. 11am-4pm.
Served deliciously by 312 Dining Diva at 6:53 AM

Sugarhill gang at Underground this Thursday.