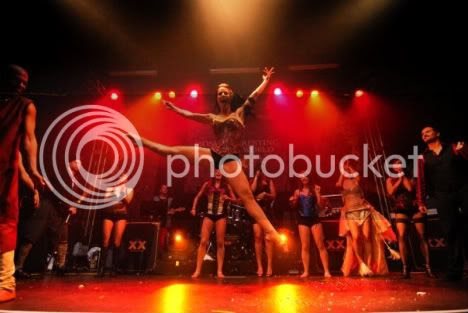 Everything's bigger in Texas. And last weekend, nothing was bigger than
"The Most Interesting Show in the World," which took place in Dallas. The Dos Equis-sponsored show makes its way to Chicago Friday. (Photo: Dos Equis)


Who needs Ringling Bros. when you can check out The Most Interesting Show in the World, a traveling showcase of unorthodox acts put on by pale lager king Dos Equis.

Taking place at Park West Friday, the wacky event includes a number of amazing acts from around the world, from burlesque performers and The Human Slinky to a contortionist and a guy juggling chainsaws. Angelo Moore of Fishbone fame hosts the madness.

It's free, booze is on them, and it all goes down at 8pm. Find out more info here, but the free tickets are no longer available online.

Here's what else is happening this weekend:

Sushi Samba is 10 years old, so they're celebrating all month with a special menu highlighting some of the best dishes over the years. The $79 Omakase menu includes faves like lobster tempura roll, pan-seared scallops and the South American maki roll.

There's a New Holland Brewing event at SmallBar on Division Street. That means you'll get to meet the founder, Brett Vanderkamp, and also have the rare opp to taste beers rarely found in Chicago. On draft you'll get New Holland's oak-aged Mad Hatter, Existential Hop Wine and Brother Jacob Dubbel. Starts at 8pm.

BIN 36 has been celebrating 10 years in business all year long, and this month's special is a doozy: jumbo shrimp and freshly shucked oysters for $2! And if you think that's awesome, wait until December—the actual anniversary month—when they unveil deals for $1. Cannot wait. 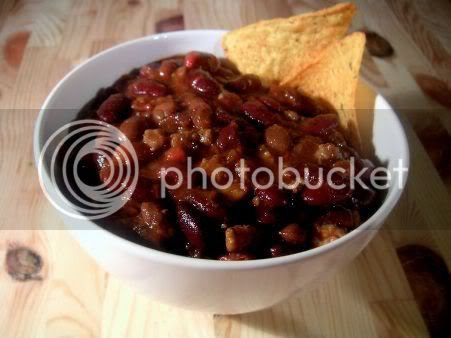 Attention, singles: Think about making HUB51 your brunch destination this fall. They're showcasing college football on Saturdays and the NFL Sundays on several large screens, which means the boys and girls will be out in full force. What sounds good to us: Be-A-Man Steak and Eggs, Cinnamon Skinny Pancakes and pulled chicken nachos. They're also doing something called a Bloody Samurai, which swaps out vodka for sake. 10am-2pm.

If you think your chili's the bomb, enter it in the annual Chili Cook-Off happening at Sheffield’s. The winner gets a $200 Sheffield’s gift card, but even if you don't compete you still win because you'll get to taste them all, plus chow down from a buffet of quesadillas, pork sliders, tater tots and more. 2-5pm. $15 ticket includes food and two beer tickets (three beer tickets for contestants).

It's industry night at In Fine Spirits, in Andersonville. Monday Mix happens every second Monday of the month, and this month they're featuring barrel selected bourbon from Buffalo Trace distillery. Special guest bartender is award-winning mixologist Peter Vestinos. 8-10pm. Free.

And cast members from Young Frankenstein will perform during Monday Night Live at Petterino's. If I were you I'd get there early because the open-mic event is usually pretty crowded, but they're expecting an especially large turnout tonight. Starts at 7:30pm. $15 per person dining minimum.
Served deliciously by 312 Dining Diva at 6:19 AM