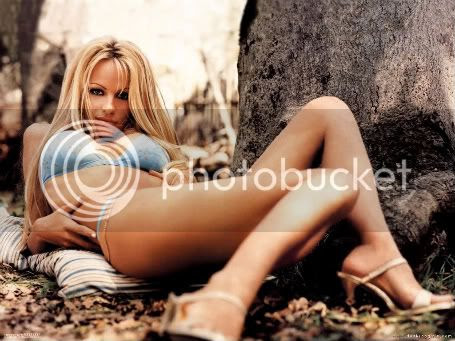 I love a good and funny celebrity story, and this one's no exception.

A long-time friend randomly checked out Crobar Saturday night without knowing that it was also a party for bombshell former "Baywatch" star Pamela Anderson.

They made their way to the VIP section, and he says that he saw "a really hot blonde, I mean really hot," and then he looked again and realized who it was.

He says Anderson was tiny in person and had a very large entourage. Even though the club was packed, he adds, no one was bothering her or even gawking in her direction. So, around 3am her party left, making way for my boy to move in on her table.

"We had to do a double take because she had left a full bottle of Cîroc Ultra Premium Grape Vodka," he says gleefully. "We polished that right off and then got up outta there!"
Served deliciously by 312 Dining Diva at 4:05 PM